How Long Will You Obey the Criminal Authoritarians?

In 1962, Yale University psychologist Stanley Milgram tested the limits of human obedience to authority (https://davidicke.com/2021/03/08/will-you-obey-the-criminal-authoritarians). The Milgram experiment clearly showed that people would act against their own judgment and harm another person to extreme lengths simply because they were told to do so (https://youtu.be/rdrKCilEhC0).

Who would have thought just five years ago that the fabric of our American lifestyle could change so drastically? It appears that American norms are no longer. How much longer can America maintain its sovereignty against the relentless pressure from socialist factions within our own government? Below is a partial list of societal changes that have altered the socio/economic/political fabric of our country:

Unfortunately, the above list is not a “new” American phenomenon at all but a “planned” communist takeover of America, as stated in the Congressional Record, January 10, 1963, where 45 explicit communist goals were listed.  https://www.tysknews.com/Depts/New_World_Order/comgoals.htm

Take the time to read them, then ask yourself if you are willing to lose your country by simple default?

Is America Starting Down the Path of Nazi Germany?

OPEN YOUR EYES. Study what happened in Nazi Germany beginning November 1938, when the Nazi’s began their assault on the German people by taking over public buildings, schools and education, looting, burning businesses and books, and taking over public streets, while Germany stood by and watched. This is exactly what we saw take place in American cities across the country last summer.

Parallels Between the United States and Nazi Germany

While our youth is being treated to a lost year of education, thanks to COVID-19, the middle class is being destroyed by lockdowns and insane government regulations and now a $15 minimum wage bill that will destroy remaining middle-class businesses, leaving only large corporations to control commerce. How long will it take before the American public realizes that we are following the same path as every other sovereign country that has been taken over by socialism/communism. Here are a few stunning parallels to consider:

For the first time in the history of the United States, the FBI and the Justice Department have been used to keep a particular political party in power. That is exactly what the Gestapo did for Germany’s Nazi Party and what the KGB did for the Soviet Union’s Communist Party. If anyone is looking for a comparison to Nazism, there it is.

The latest example of spying on the American public is the Department of Homeland Security’s “If You See Something, Say Something” campaign that looks like it could have been pulled right out of a Gestapo security handbook (https://www.dhs.gov/see-something-say-something).

This is not a forum for Nazi history, but the similarities are strikingly similar and worth seeing (https://beforeitsnews.com/alternative/2014/11/25-signs-that-america-is-rapidly-becoming-more-like-nazi-germany-3067072.html). 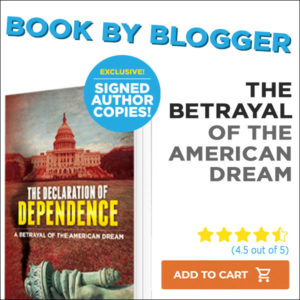 In my previous blog, “CDC Fraud and Misconduct During COVID-19…Exposed,” the case for intentional disinformation from the CDC and government health agencies was made. The U.S. is essentially under siege by political forces, using COVID-19 as the shield for suspending basic freedoms indefinitely. The question is why do Americans acquiesce to such destructive, arbitrary, and wholly unscientific rules, restrictions, and mandates? The answer is they have fallen victim to Nazi propagandist Joseph Goebbels: “A lie told once remains a lie, but a lie told a thousand times becomes the truth.”

History is our only window to the past.  It may be inconvenient at times but not understanding its implications will cause more devastation than all our wars combined. The U.S. is not perfect but you don’t see any caravans or mass immigration from the U.S. to socialist countries. The reason is that socalism uses the citizens’ wealth and services for the elites.


If you liked this blog, then you’ll LOVE my books! Click on the image below for 10% OFF ANY BOOK during this WELCOME TO 2021 SALE!

Immune System Reality Check: What Do We Really Know?

COVID-19 totally corrupted my understanding and trust in The World Health Organization (WHO), FDA, The U.N. and national COVID-19 “experts”. Furthermore, “experts” like Dr. Anthony Fauci and Dr. Deborah Birx continue to belch out information that is questionable at best. You’d be surprised to hear just how resilient our immune systems really are. Read this blog to find out more…

You Don’t Catch a Virus… A Virus Catches You: Part 1

I have written extensively on COVID-19 and unfortunately, the mass hysteria caused by a total economic shutdown, social distancing, face masks and weeks of in-home lockdowns has numbed the brain and dulled our sense of reasoning. The idea is to educate not alienate. This blog will be divided into 2 parts.

5G antennas and towers are being installed across the country, touting the benefits yet not a word about the KNOWN health risks of 5G high frequency microwave EMF on the human body.

W.H.O. Insider Blows Whistle on Gates and his Vaccine Alliance

We are living in dangerous times. Established healthcare norms and protocols are now compromised by private interest groups, like Bill Gates’ Vaccine Alliance, buying their way past scientists and trained healthcare specialists. The question is, can you trust Bill Gates and the WHO (World Health Organization) with the present COVID-19 pandemic response?
The ultimate “plan” has been exposed. Unless we take back control, America, as we know it, will be a statistical casualty controlled by International Corporations- further protected by corrupt legislation.

From patenting “modified” COVID-19 strains, to the “ID 2020” plan (implanted microchips), Bill Gates is not actually the well-meaning philanthropist that we may perceive him to be- especially with his downright scary views on Eugenics, vaccinations, and population control.

During this “pandemic”, scientific protocols have become intertwined with political and economic pressures, never before witnessed in American society. Experts are flip-flopping their opinions, death estimates have been grossly over estimated, and the economy is in total chaos, creating nationwide fear and anxiety. How confusing is it to be told that we must listen to science, but in practice, do just the opposite?

Confusion, Deception, Diversion: The “Art of The Game”

The COVID 19 virus pandemic has become an event where scientific method and medical protocols have been replaced by intellectual guessing and highly inaccurate predictions. It is becoming obvious that everything we have “learned” about COVID-19 must be questioned. Social distancing is the new mantra used to shut down our economy and is unprecedented.

Could there be a connection between Christine Grady and the Gates Foundation, which has long advocated human testing in 3rd world countries? In a 2017 speech, Christine Grady discussed advocating the “Framework for the Ethics of Research with Human Subjects” worldwide.
The ultimate “plan” has been exposed. Unless we take back control, America, as we know it, will be a statistical casualty controlled by International Corporations- further protected by corrupt legislation.

The time has come to face some realities… The sinister effects of this “pandemic” have us at a tipping point, where fair play and following guidelines are no longer acceptable.

The ultimate “plan” has been exposed. Unless we take back control, America, as we know it, will be a statistical casualty controlled by International Corporations- further protected by corrupt legislation.

We are at the point where our country is in danger of collapse from within. On a daily basis, we are being treated to one destructive piece of proposed legislation after another, each violating the basic premises of our constitutional republic. The reason is simple: our federal government has been slowly infiltrated with “duly elected” representatives espousing a socialist ideology intended to appeal to the masses of uninformed citizens trusting in the socialist agenda of “Over Promising and Under Delivering.”
The ultimate “plan” has been exposed. Unless we take back control, America, as we know it, will be a statistical casualty controlled by International Corporations- further protected by corrupt legislation.