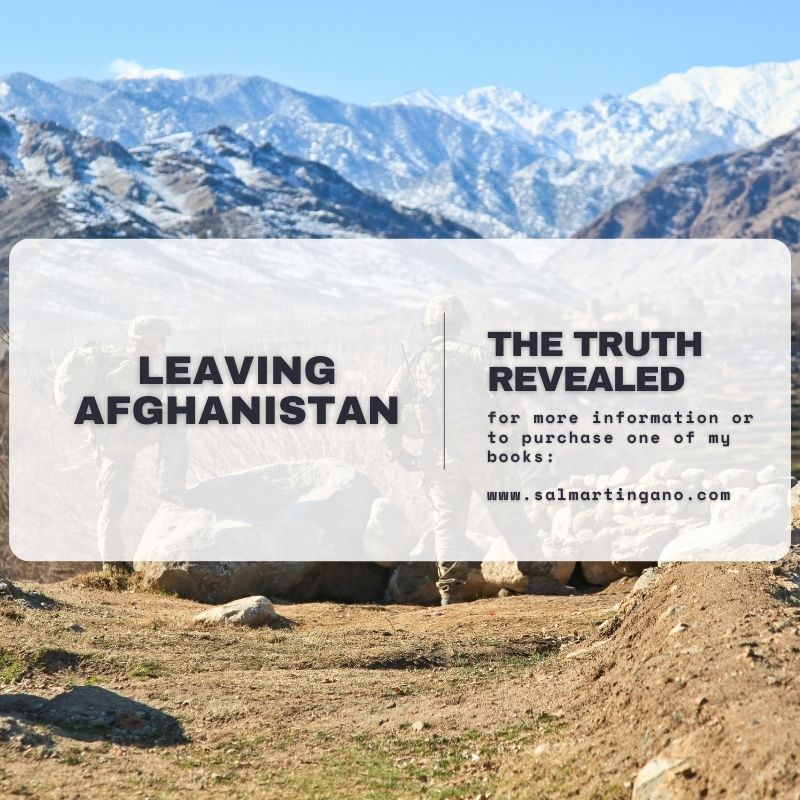 Why Did Biden Leave Afghanistan So Abruptly?

The hasty withdrawal from Afghanistan after a 20-year occupancy without any deterrent for a Taliban takeover is a callous disregard for the 20,752 injured and the 2,456 American soldiers that lost their lives during the conflict.  This is not the forum for discussing the reasons for the Afghanistan war but is of great interest as to WHY the sudden and ill-planned exit.  What does the rapid withdrawal mean and what does it have to do with Afghanistan?

There are questions that need answering:

In a report by the “American Military News,” it was revealed that despite “countless warnings” by Biden’s top military advisors that the Taliban was going to “swiftly” take control of Afghanistan, the Biden administration overruled his advisors and “failed to properly plan a coordinated evacuation of U.S. citizens, Afghans, and allied partners.” https://www.dailywire.com/news/report-biden-ordered-afghanistan-pullout-against-top-generals-warnings

None of it makes sense unless you follow the money. Someone (or some people) is going to get very wealthy because of the United States bailing out of Afghanistan in such a reckless, hurried, and bizarre manner.

The Answer in Part is LITHIUM & China

Putting the Pieces Together

The push for “Clean Energy” and the removal of Oil and Coal energy from the American economy now takes on new meaning.  The excuse of environmental concerns pales in light of the “con” America is facing under the Biden Administration.  CATL, the Chinese-owned, lithium-battery company’s value has skyrocketed since Joe Biden took office.

Hard to believe how crooked the Biden Family is, and we just sit by and watch it happen.

America needs to awaken from its trusting slumber.  Marxism (see my previous blog) is a relentless evil force that cares little about life, only control.  The impending disasters that the U.S. will face without reliable energy sources will kill our economy and makes us forever vulnerable and dependent on a tyrannical government.

Not a word has been mentioned about the 11.8 million registered marine vessels in America that usually require more fuel per unit than cars.  Are we to expect a mandatory replacement of all watercraft engines, leaving only battery powered boats.  So many unanswered questions remain but……..ALWAYS follow the money, and you will find the answers to the baffling decisions that an out-of-control government makes

If I were a federal judge, and faithful to constitutional law, one word would be coming to mind: TREASON