Something Evil Has Invaded Our Country 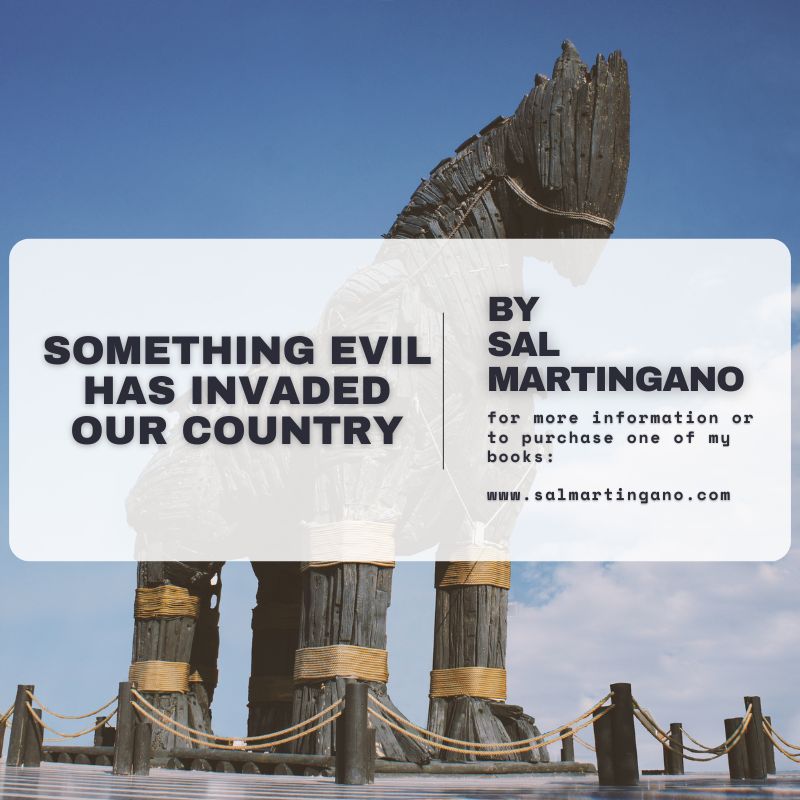 The following are not my words but a compilation of statements from numerous media pundits, other bloggers, and average citizens, put together for “entertainment” purposes with the intent of pointing out the insidious evil that has invaded our nation.

People have become hate-filled and irrational, to the extent that they will follow the insane direction of anti-American rhetoric designed to slowly take our country apart.

There is no such thing as a ZERO Emission vehicle, the emissions of an all-electric vehicle are created during the massive mining of all the materials necessary

Finding minerals like Lithium, Cobalt, and Zinc to make car batteries, will increase 400% to 4,000%

The insidious destruction of the infrastructure of our country has been in the planning stage for decades.  With enough socialists embedded in all facets of our government and society disguised as “progressives”, the time has come to unleash the wrath of insanity on our democratic republic.  Our citizens are just beginning to comprehend the scope of destruction we are about to face if it is not stopped NOW.  https://afn.net/opinion/robert-knight/2022/06/20/stop-the-insanity-democrats-or-stay-on-your-crazy-path/

“The only form of revolution beneficial to the people is one which destroys the entire State to the roots and exterminates all the state traditions, institutions, and classes…..Our task is terrible, total, universal, and merciless destruction”  The Revolutionary Catechism Alexander Fraser Tytler, 1747: “A democracy cannot exist as a permanent form of government. It can only exist until the voters discover that they can vote themselves “gifts” from the public treasury. From that moment on, the majority always votes for the candidates promising the most benefits from the public treasury with the result that a democracy always collapses over loose fiscal policy, always followed by a dictatorship. The average age of the world’s greatest civilizations has been 200 years. These nations have progressed through this sequence: From bondage to spiritual faith; From spiritual faith to great courage; From courage to liberty; From liberty to abundance; From abundance to selfishness; From selfishness to apathy; From apathy to dependence; From dependence back into bondage.” https://www.goodreads.com/quotes/108530-a-democracy-cannot-exist-as-a-permanent-form-of-government