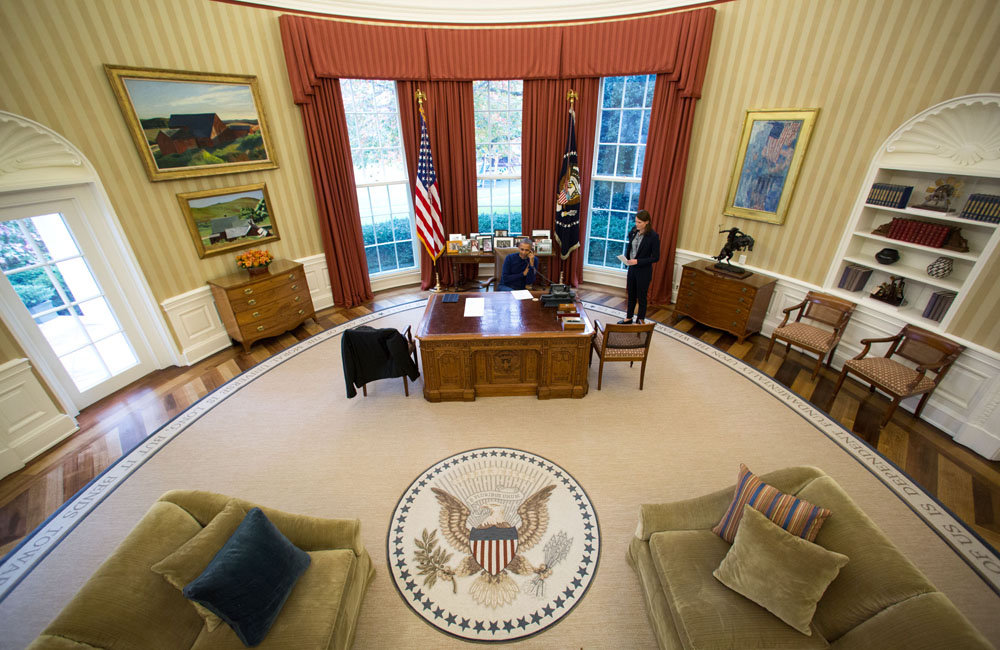 Until the election of 1901, when President Theodore Roosevelt was voted into office, most of the U.S. population never had the ability to hear or see who their president was. They voted based on what they read about and what was happening in the country.

In comparison to our modern election process, where every word, gesture or hair style is scrutinized by countless “talking heads” in the media, the electorate is often just as clueless as they were before 1901.

● The important issue in every presidential election is the ability of the potential candidate to BE A LEADER.

● Our most recent election cycle was truly epic, in that the sheer number and diversity of candidates, left little time for the electorate to do their own personal vetting.

Be honest, were you able to make an informed decision about your candidate without the influence of the media “spinning” their own versions of what they wanted the public to see and hear? In a previous blog (Media Deception) I offered numerous reasons why the media, in general, has become “news makers” rather than “news reporters”.

A more complete understanding of modern media bias can be found in the chapter “Media Deception” in my book, The Declaration of Dependence…A Betrayal of the American Dream…

Understanding the details of our history and the men who served as president is crucial to our present day economics and political landscape.

The “slippery slope” that our country has been on, essentially began in 1913, when a meeting took place on Jekyll Island, a tiny resort island off North Carolina. Here, a small group of the most powerful financial and influential men in the world met to set the course for what is now referred to as “The New World Order”. This meeting essentially laid the foundation for the next 100 years to convert the nations of the world, including the U.S., into an era of BIG GOVERNMENT control; i.e., SOCIALISM.

● President Woodrow Wilson, in 1913, initiated the U.S. transformation by forming the “League Of Nations”, which essentially gave U.S. sovereignty to a global body.

● For the next 68 years, each president did their part to expand government control into almost every aspect of American life. This was a dark time for “limited government” and the era of true White House leaders.

● By the end of the FDR administration, the U.S. was essentially a welfare state posing as a democracy, with succeeding presidents staying the course as mere White House residents.

● Who would have ever thought that a former movie star named Ronald Reagan would ever become president?

● President Reagan was a “fluke”….an unfortunate blip in the socialist agenda that was in full swing.

● Essentially, Reagan became a true White House leader, with policies and bold rhetoric that awakened the sleeping giant of the American electorate.

● Reagan ushered in a new vision for the conservative movement. He balanced the budget in each of his years in office and was a Constitutionalist…..a HUGE departure from the previous 12 presidents.

Prior to 1913, presidents served as true leaders in the White House. From 1913 through 1981, barring faint glimmers of our constitutional founding’s, like the efforts of JFK, our presidents could have well saved taxpayers money and lived in an expensive condo.

● Try to name just 10 of our 44 presidents, after the commonly known founding presidents of Washington, Adams, Jefferson, Madison, Monroe and Lincoln? Most presidents were mere residents of the White House with little or no constitutional contributions.

● Not since Reagan has a candidate emerged, within the political model, against the transformation toward BIG government.

The past 8 years have demonstrated what Obama meant during his campaign. He and his party have turned the United States of America into a progressive, dependent society and not toward the uplifting, seemingly independent entrepreneurial spirit that most voters thought was Obama’s intent.

Is the movement toward socialism what our White House leaders have become?

● Apparently so; Bernie Sanders, one of the 2016 Democratic candidates IS A SOCIALIST that was actually running for the U.S. presidency and nearly beat Hillary Clinton (a progressive) in the primaries. Neither candidate even speaks of constitutional values other than for crowd appeal.

The only difference between a White House Leader and White House resident is the intellect of the electorate. Informed people make informed choices. Flashy rhetoric and promises of FREE everything is a fools game. Our Constitution contains all the components for prosperity, independence and sovereignty.

Shame on us for electing so few White House leaders. I have no problem with differences in political opinions but if you want to fundamentally change this country….MOVE!

For a more in depth understanding and insights into the solutions required to get our country back, you need to read: “The Declaration of Dependence….A Betrayal of the American Dream”