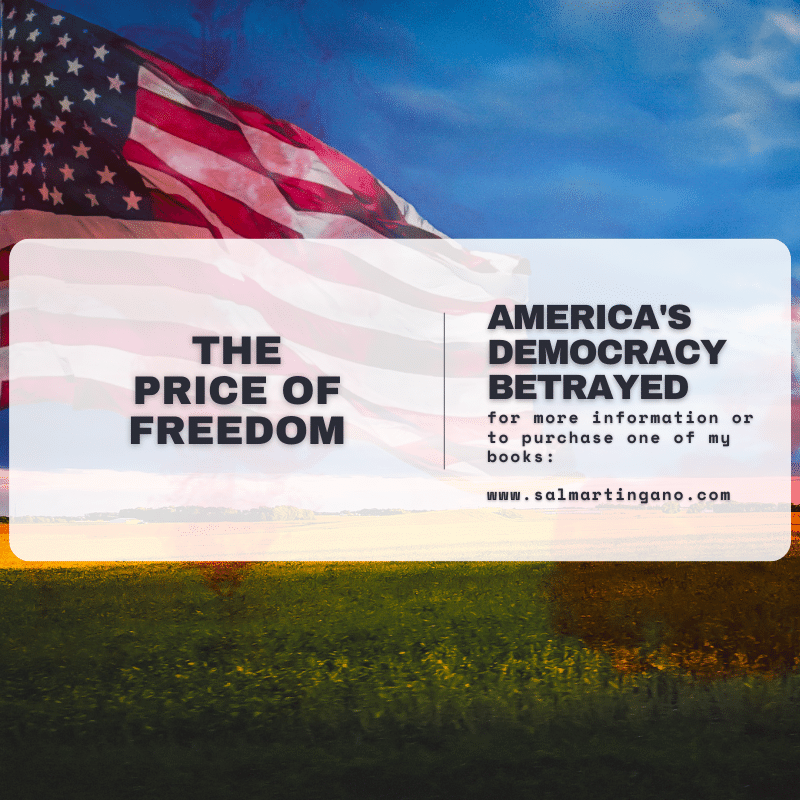 The United States Is Not A Democracy

At one point in our history, the teaching of what became the principles of Democracy was taught with pride and anticipation. During that same period, the relentless, default forces of Socialism were waiting patiently for the opportunity to take back control from the rebels that dare challenge the power of the elites. Keep in mind that the United States functions under democratic principles but is NOT a Democracy.   A pure democracy is based on majority rule, which can easily be manipulated by politicians with an agenda.  The United States is a “representative republic”, that protects the rights of ALL citizens, not just the majority. Citizens elect “representatives” (Senate and House of Representatives), that can make governmental changes to protect individual freedoms.  https://redstate.com/diary/conservativekaren/2011/12/10/a-representative-republic-is-not-a-democracy-n195123

History has taught us that no Democracy lasts more than 200 years.  The reason is that by the 3rd generation of a freedom-loving nation, those who benefited most have forgotten that the principles of democracy and freedom come with a price.  Freedom is not FREE, it requires constant diligence.

What History Has Taught Us

History has taught us that no Democracy lasts more than 200 years.  The reason is that by the 3rd generation of a freedom-loving nation, those who benefited most have forgotten that the principles of democracy and freedom come with a price.  Freedom is not FREE, it requires constant diligence.

How easy is it to succumb to the temptation of compromising freedom for a “few pieces of silver.” Short-term benefits often lead to long-term problems.  No need to look over your shoulder, the real opposition lies with yourself. Complacency is the enemy of success and is the gateway to the loss of freedom.

A modern-day example is the demise of the second richest free nation in the world, Venezuela.  The Venezuelan disaster was homemade and the result of socialist policies that challenged the very fabric of a free nation.  The nationalization of their free enterprise system resulted in price controls, extensive regulations and the incompetent use of the nation’s oil in exchange for political purposes.  In 2013, after the death of Hugo Chavez, Nicolas Maduro became the president of Venezuela.  His goal was to lead the country into believing his intent was to insure a free enterprise system of government.  However, his ultimate goal was to capture the country’s wealth for the oligarchs, who represent the rich business leaders of the country that control the most political power.

When the people of Venezuela (12 million) caught on to the scheme they took to the streets in protest, leading to the backing of Juan Guaido, a traditionalist.  The result became a political nightmare for the citizens of Venezuela.  Maduro and Guaido both claimed the presidency.  Maduro has control over the military, the courts, the treasury and the countries huge oil reserves.  Guaido has the backing of the people.  Within two years, Venezuela was firmly under Socialist control. The lesson to be learned is that the forces of socialism are the enemy of freedom. https://bpr.berkeley.edu/2019/01/14/venezuela-a-textbook-case-of-how-socialism-breeds-dictatorship/

The Manipulation Of The Human Psyche

History has proven that the human psyche can be easily manipulated.  President Obama promised America that he would fundamentally change America; however, he never mentioned what that change would be.  https://archive.humanevents.com/2019/05/30/obamas-attempt-to-fundamentally-change-america-returns-in-2020/  Under President Biden it has become all too clear that the change was to move America into a Socialist state.  In the first 100 days of the Biden administration, our country is on the brink of financial collapse due to the intentional dismantling of the independence gained during the Trump administration.

This is not a political statement; it is the recognition that America is following the path of self-destruction required by the New World Order playbook.  So, the question every American needs to be asking, regardless of political ideology, is “why are present American leaders so willing to compromise this country?” Part of the answer can be found by understanding that every aspect of public life is controlled by the elite forces hidden behind the corporate, modern-day monarchs.

Keep in mind that America is the ONLY country with a constitution that was specifically written to separate elite control from the general population.  It was a “grand experiment” that remains in the crosshairs of every socialist /communist nation.  People who have no understanding of non-democratic forms of government are easy prey to trade their freedoms for a few pieces of silver or other worthless commodities.  Their vision is tainted and diametrically opposed to the “patriot” movement.

A Divided America Is Doomed

A divided America is doomed to failure.  Our present-day society yields a grim glimpse of what is to come. The “liberal” mindset is not political, it is an open window to euphemisms like “The New World Order”, The World Economic Forum”, “Build Back Better”, “Class Warfare” and others, designed to divide the nation into managed units. Political parties are the tools of the elites.  History has shown that elites support all political parties and both sides of any political movement.  Their interest is not in politics but in the CONTROL over the politics that best represents their interests.

Freedom is not free, it is earned.  Freedom requires constant diligence against the forces of evil.  America’s founding was an anomaly that tested the courage of those who understood tyranny.  It is my belief that the “founders” of this nation understood that a document, in itself, is not a guarantee of lasting freedom but instead an opportunity to equalize the evils of past cultures.

Many have died protecting our constitutional freedoms. After 246 years, many are oblivious of what it takes to keep our freedom. One thing is for certain, once lost, freedom will be but a footnote in world history.