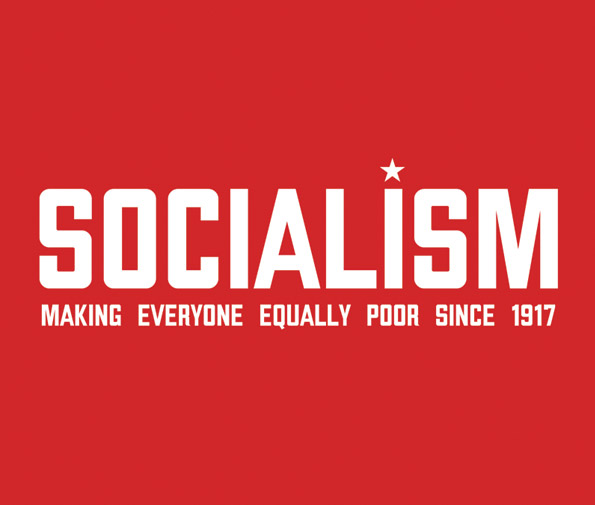 The History of Socialism in the U.S.

Socialism was relatively foreign to America until the arrival of German immigrants in the early 1900’s. Most were fleeing the oppressive dominance of the Marxist / Socialist ideology, while some maintained their political identity as the Socialist Party of America.

“The American people will never knowingly adopt socialism. However, under the name of ‘liberalism’, they will adopt every fragment of the socialist program, until one day America will be a socialist nation, without knowing how it happened… I no longer need to run as a Presidential Candidate for the Socialist Party. The Democratic Party has adopted our platform.”

For those Americans still in the slumber of thinking “Alexa” is a virtual family member, the modern democratic party has been sufficiently infiltrated with socialist ideology to garner enough support to threaten democracy, under the guise of liberalism.

Ok… I can see many reading this beginning to roll their eyes ready to tune into Netflix… but WAIT… there’s more!!!

In my book, “The Declaration of Dependence….A Betrayal of the American Dream”, the most important premise to understanding modern politics is that “Words Have Meaning” and is the motive for writing this blog.

So much of our history has been altered, not by changes in facts, but by ignorance of terminology.  Remember…“But, under the name of ‘liberalism,’ they will adopt every fragment of the socialist program…”  Be Aware, we have already adopted socialistic tendencies within our current ‘democratic party’ – which was CLEARLY evident listening to the recent democratic party primary debates.

The Definitions of Socialist Terminology

Let’s explore some terminology that is altering our American way of life:

• Socialism: A political and economic theory of social organization where the means of production, distribution, and exchange should be owned or regulated by the ‘community’ as a whole.

• Liberalism: A willingness to respect or accept behavior or opinions different from one’s own; openness to new ideas. The basic tenets of liberalism are compassion & tolerance.

Translation:
Liberalism is compassionate, but only with other people’s money and tolerant, as long as you agree; if not the pejoratives of racist, sexist, bigot etc., will surely follow… (classic Alinsky; attack the person not the argument)

Social Democracy: a made-up liberal term to trick a democratic society towards socialism. Both democracy and socialism are based on the ideal of equality. Within the confines of Social Democracy, please note the slight variations in the following terms:

4. The Missing Link: “The Shadow Government”

No, I’m not taking a dive into conspiracy land, I’m fulfilling my stated mission that “Words Have Meaning”.

Shadow Government: (Actual Definition) The shadow government is the cumulative influence of political and social entities that include: Central Banks, Freemasons, Central Intelligence Agencies, Think Tanks, Secret Societies and more who seek to manipulate policy in their own interest or in order to serve a larger agenda that is hidden from the general public. According to this belief, the official elected government is subservient to the shadow government, which is the true executive power.

Hey Alexa… Is there such a thing as a Shadow Government? How do you think Alexa came about?!!

Socialism is not an App you can download to your iPhone to receive free stuff. It is financed by “Shadow Government” elites initially promising prosperity, equality, and security, but in the end, delivers inequality, poverty and misery. Equality was achieved only in the sense that everyone was equal in his or her misery; i.e., current day Venezuela.

Socialism initially appears to succeed but eventually collapses due to inherent deficiencies. It is the initial illusion of success that gives government intervention its pernicious, seductive appeal. In the long run, socialism has always proven to be a formula for the creation of the “haves” and the “have-nots”.

My question to early German immigrants: Why flee a country consumed by misery, only to establish its very foundations again? Let’s be clear, any attempt to circumvent or alter the meaning of “socialism” for political gain, is a war against the foundation of our freedom. There is NO INDIVIDUAL FREEDOM in socialism, only the trappings for tyranny.