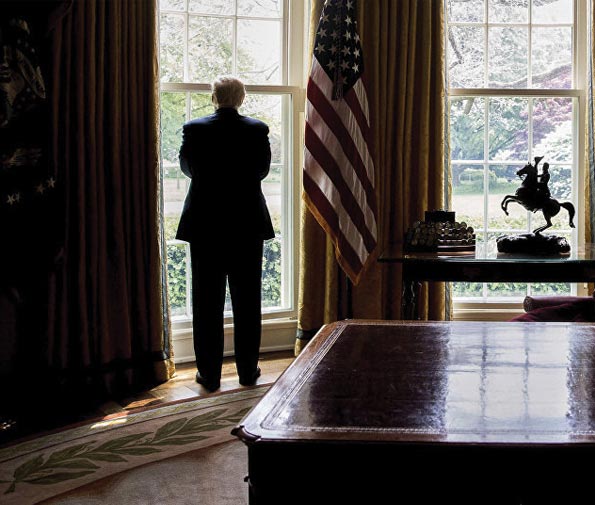 Wages are rising for the first time in twenty years due to the rising job market where hiring is at record levels. The stock markets are subjected to government and corporate tampering, despite being at record high levels. Trump needs to continue to advance economic policies that strengthen the economy here at home.

Trump committs to changing unfair trade relationship to our advantage. Tariffs are risky, since they initially hurt domestic markets. However, as with Mexico, China, North Korea and even Iran, tariffs achieve additional economic growth. Past administrations using “Quantitative Easing” is not progress, it is pandering to political and corporate baggage.

3. Continue to Use Non-Traditional Methods to Get the Campaign Message Out to the Public

The progressives have hammered Trump for being “non presidential” in his public demeanor and communications; the Achilles’ heel of the political “swamp”. Trump has successfully circumvented the media and his progressive opposition, something that many American citizens admire. No-one can use traditional tools against a non-traditional opponent that is fully vested in long term over-promising and under-delivering politics.

4. Expand the Present Electoral Base

5. Increase Campaigning in ALL States

This strategy is expensive but necessary. Face to face contact beats telemarketing rhetoric, hands down; just ask Hillary! Trump is a natural campaigner and is best in front of the common citizen. His narrow 2016 victory was due to the Electoral College, meaning his visibility was definitely noted in undecided states. Winning a few more states along with his solid base is a winning strategy.

Trump’s desire to further “drain the swamp”, means addressing spending and regulation simultaneously. There is great opportunity for Trump to re-unite America in 2020 by introducing a gradual recognition that both political parties in Congress have the obligation to roll back the national debt, eliminate federal agency duplication and trim bureaucracy. Failure to do so exposes the radicals to unwanted bad press and the erosion of their base.

Leaders must be consistent and strong in the face of opposition or lose essential credibility- not only with the electorate but also in foreign affairs. Trump’s greatest assets are his undying patriotism for America (i.e. America First) and his tempered and unpredictable arrogance- all while being stubborn enough to see policies through (despite constant adversity). Following the leader is not leading.