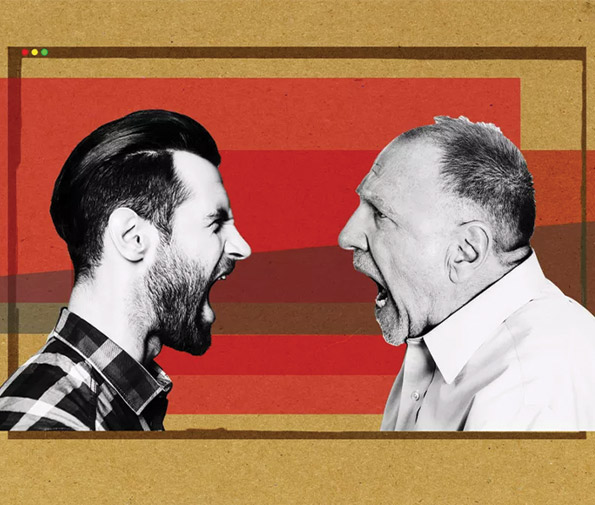 “The high-tech lifestyles of millennials have either pushed them into economic and business savvy greatness or made them too complacent to take on life’s challenges.“

Millennials: Soon To Be The Largest U.S. Generation

In 2018, The Pew Research Center stated:

The 77 million Baby Boomers are approaching old age and retirement, opening the door for the next generation; the Millennials.

At ages 18 – 21 most Boomers left home, went to college/learned a trade, found a soul mate, raised a family, and became the stewards of American life. Partially the fault of Boomer parents wanting to give more than is earned, Millennials may never learn the lessons of life that Boomers have.

The result is some Millennials will be terminally dependent on parents, sheltered from the realities of life and incapable of the responsibilities that all citizens carry.

Do Millennials Even CARE About The Government?

Most Millennials are simply not interested in the inner-workings of our political system. Non-participation leads to ever expanding government control and I dare say, the trappings of Socialism.

The mindset that America is a FREE country and is there to serve its citizens is heresy.

To be blunt, it’s easier to be supplemented by entitlements and endorse “free” everything than being responsible to avoid them.

The DIFFERENCE is INDIFFERENCE. Indifference seeks out the lowest common denominator and is a poor excuse for non-participation. In government as in life the result is mediocre mediocrity.

Freedom of Speech vs. Hate Speech

Ok… So, Who Decides What Speech is Acceptable?

In the debate over hate speech vs. free speech, many Americans believe the main priority should be the well-being of the community. It’s ok to limit free speech if it poses a threat to that community’s well-being.

“Defending freedom of speech means defending any and all speech equally, even that which may be regarded as unbearably offensive.”

Wearing a Swastika in a Jewish Synagogue or having a football team drop its REDSKINS mascot may be offensive, or even stupid, but it’s a citizen issue, not a constitutional question. Our First Amendment right is for all citizens.

In my Boomer teenage years, with mixed ethnic neighborhoods I was the WOP, my Jewish friend was the HEEB, my Irish friend was the MICK and my black friend was COCO. These were words of endearment. Today, they are words of hate. Sometimes having a thicker skin and knowing acceptable limits turns hate speech into inside humor. What is offensive to some can be meaningless to others.

Who decides the limits of defining hate speech from angry speech?

Freedom of Speech vs. Government Intrusion

The problem is that North Korea is a communist dictatorship. Absolutely none of the rights of citizens are recognized, and violation usually means certain death.

The leaders of our next generation better understand and defend American values, or start learning the language and customs of communist/socialist countries.

We have a similar issue as North Korea. However, the penalty is not death, it’s government intrusion into every aspect of our lives, and legislation to circumvent our constitutional rights.

Artificial Intelligence is a Euphemism for Not Thinking

Google, Facebook, Twitter and most social media platforms, including “smart” appliances like TV’s and computers are constantly monitoring our every move. GPS reveals our location. Automobiles have built-in, cellular connections tracking our every move (ever hear of OnStar?). Any internet device can be “tapped” and used for surveillance.

Millennials are having a love affair with technology casting aside, or worse, not caring about, the loss of freedoms secured for them by our founders.

Smart devices (such as Google’s “Alexa”) captivate Millennials. They unknowingly give up their freedom of speech for perceived safety and fairness. If Alexa hears a family argument taking place over politics or anything that raises voices, it can break in with preprogrammed messages to divert arguments. Really, what’s next… Alexa telling you how to raise your kids?

My Italian childhood boomer household was a loving mix of daily life lessons, boundaries, respect and self-reliance. Arguments and raised voices were a daily occurrence and was NOONE’S BUSINESS except our familys’. Alexa would have been used as fertilizer the first time it tried to join in the argument.

Circumventing the process of “real life” for a touchy-feely, you have no right to hurt my feelings life, is childish. It’s time to grow up and confront reality face to face, not through Twitter.

Many Americans fear our freedoms are being taken away. It is our next generation’s task to defend privacy, democratic principles, and our Bill of Rights to stave those fears.

Life is not for the weak-minded. Those that meet the challenge thrive, those that do not are slaves. Our next generation needs to be strong and prepared, if not “I weep for humanity”.

A more in depth understanding about the history and lessons learned from boomers and millennials alike is contained in my newly-released book: